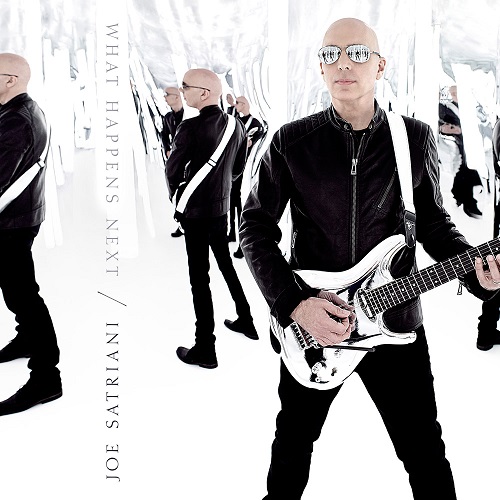 Last week, the news of Joe Satriani’s return to the music scene made head-waves. The six-string legend recently announced his 16th solo album, What Happens Next, and the 2018 iteration of his G3 Tour, which will feature Dream Theater’s John Petrucci and Def Leppard’s Phil Collen. The opening salvo from What Happens Next, “Energy” immediately shows the commanding power of the trio—Satriani, Glenn Hughes on bass and Chad Smith on drums—that recorded the album.

“The song ‘Energy’ shows the power, fun and excitement of true and spontaneous musical chemistry,” Satriani said of the song. “Chad, Glenn and me rockin’ out, not holding back, reveling in the moment.”

The new song also marks a distinct shift in musical direction for Satriani, who saw What Happens Next as a chance to move away from the high-concept, sci-fi-influenced themes he’s been known for. For the album, he said that he wanted to write songs “About a human being, two feet on the ground, heart pumping, with emotions, dreams, and hopes. That seemed to be the direction I really was yearning for.” Musically, he told Smith and Hughes—during the sessions for What Happens Next—to keep things simple. “I said to Chad in an early text, ‘No odd time signatures, no progressive stuff, pure rock and soul,’” Satriani said. “The last two records really showed that I was enjoying playing with progressive elements, and when I reached the end of Shockwave Supernova, I said, ‘I think I’ve done it. For some reason, I don’t feel like going back over that anymore’.”